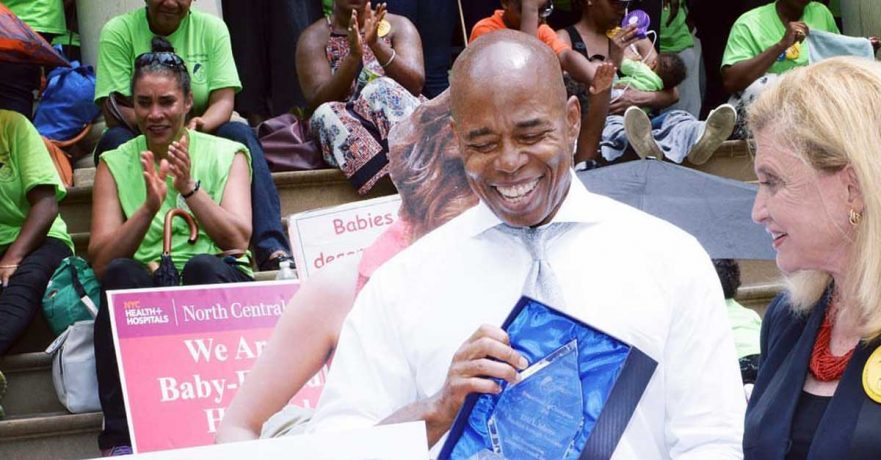 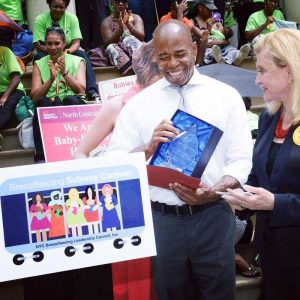 If you took the A train on August 3rd, you might have suddenly found yourself in the middle of a boisterous rally. The cause? Supporting the rights of New Yorkers to breastfeed—anyplace, anytime.

The Subway Caravan is always a fun event, and this year was no exception. It was a diverse crew, too—not just moms and babies, but plenty of dads, older kids, and allies, says our own Natalie Mackay, who works for our sister company Birth Day Presence and who represented boober at the event. “It’s clear that New York City is becoming more baby-friendly.”

Things kicked off at City Hall with various officials speaking in support of breastfeeding, including Brooklyn Borough President Eric L. Adams. Eric has done a lot of work to destigmatize breastfeeding over the years, and received the NYCBLC Breastfeeding Champion Award at the event. Afterward, everyone marched to the train, to the cheers of onlookers.

Natalie, who breastfed her son Jasper along the route, said that being surrounded by so many breastfeeding moms—especially other black moms—was inspiring. 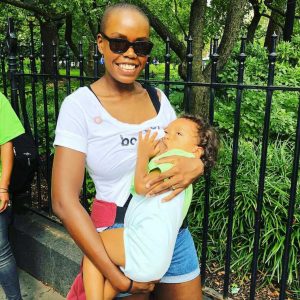 “It was just amazing to see all these other moms there who looked like me.” says Natalie. “It’s a big part of me wanting to become a lactation consultant, because breastfeeding [rates] in the black community are so low. Seeing so many black women there made me really proud and excited.”

The Caravan culminated in a festival at Restoration Plaza, organized by the Brooklyn Alliance for Breastfeeding Empowerment (BABE) and complete with food, music, and breastfeeding information. “We need everyone to be supportive,” says lactation consultant Barbara Ryan who participated in this year’s Caravan and runs the Bronx Baby Café. “Events like this bring awareness. We aren’t there protesting; we are educating and giving babies the best start at life.”

Looking for support in birth and postpartum?

Our platform has the vetted care providers new parents need to thrive during pregnancy and postpartum. Let us help you achieve the outcomes that matter to you.

Virtual, 1 hour, $45
Learn all about infant safety topics, including car seats, choking hazards, and first aid. The class is a blend of lecture and demonstration and will cover infant CPR protocols and techniques, plus relief of choking for ages 0-12 months, with time for Q/A. Class Details >