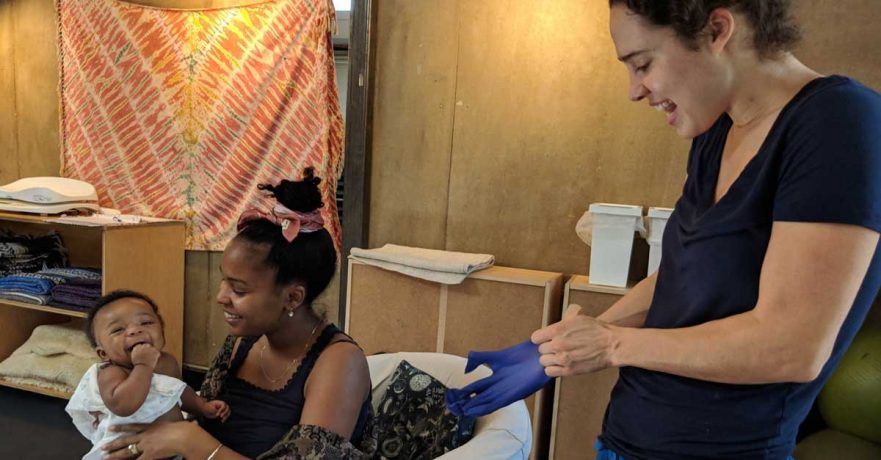 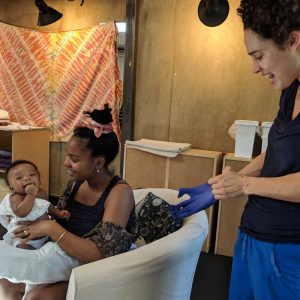 This week is the sixth annual Black Breastfeeding Week, an amazing campaign started by Kimberly Seals Allers, Kiddada Green, and Anayah Sangodele-Ayok to highlight the longterm “gaping racial disparity in breastfeeding rates.” This year’s theme is #LoveOnTop, “because love encompasses everything we do as parents from breastfeeding to nurturing others. Love is also how we survive grief, overcome breastfeeding and parenting challenges”. Though breastfeeding rates for Black mothers have increased across the board in recent years, there are still significant disparities; a recent CDC study found that 64.3% of Black women initiated breastfeeding, compared with 81.5% of white women and that Black infants had significantly lower rates of breastfeeding at six months compared with that of white infants.

Black families face a gross disparity of healthcare, including both higher maternal mortality and higher infant mortality. Breastfeeding can help with the latter, providing important nutrition and immunity for babies—just two of the many reasons why breastfeeding is beneficial. But Black mothers face unique cultural and structural barriers, such as a lack of lactation consultants of color, insufficient maternity leave, and a lingering stigma around breastfeeding.

That’s why support and education is especially important for Black moms. Sangodele-Ayok told the Huffington Post that mentorship from other Black women is key. “What we really found was that for Black women, in particular, peer support models tend to be a lot more effective when there’s a sort of affinity culturally, racially between people.” 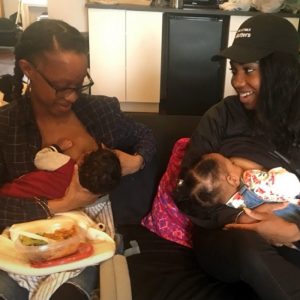 Here at boober, we’re passionate about supporting new parents in their feeding journeys and so we’re celebrating Black Breastfeeding Week in a number of ways, including holding a free lactation support group hosted by Simone Toomer, CLC, founder of Wise Womban Doula at our sister organization Birth Day Presence on Friday, August 31st, from 10:30 a.m. to 12 p.m. We were also thrilled to be a part of the BBW celebration at community-based doula organization, Ancient Song Doula Services’ August 25th. Finally, boober is excited to announce that in partnership with Birth Day Presence, we are launching our POC scholarship for the Certified Breastfeeding Counselor (CBC) Certification training in October.

The creation of Black Breastfeeding Week is generating some much-needed attention to the disparities facing the Black community, and we’re happy to help spread the word. At the same time, we recognize that it’s just a start and there is much more work to be done.

Looking for support in birth and postpartum?

Our platform has the vetted care providers new parents need to thrive during pregnancy and postpartum. Let us help you achieve the outcomes that matter to you.

Virtual, 1 hour, $45
Learn all about infant safety topics, including car seats, choking hazards, and first aid. The class is a blend of lecture and demonstration and will cover infant CPR protocols and techniques, plus relief of choking for ages 0-12 months, with time for Q/A. Class Details >